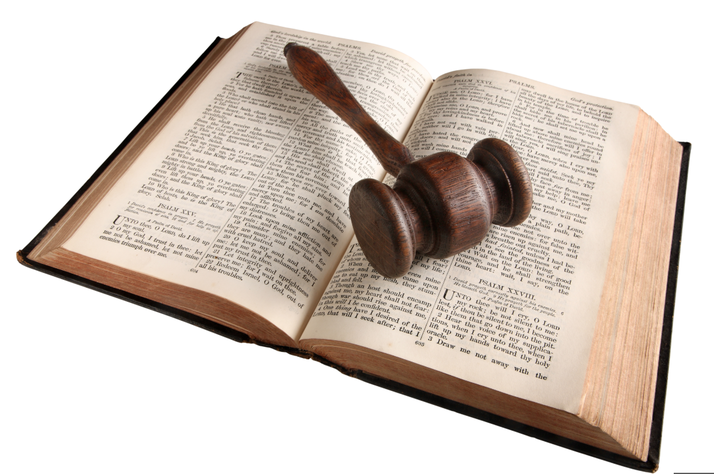 Does Christ Judge, and If So, When Does He?

If Christ was given all judgment, why didn’t he exercise this when he was on earth?

Before we answer this question, let’s break it down first:

When were these things GIVEN to the Son? After his resurrection and glorification:
Php 2:7  But made himself of no reputation, and took upon him the form of a servant, and was made in the likeness of men:
Php 2:8  And being found in fashion as a man, he humbled himself, and became obedient unto death, even the death of the cross.
Php 2:9  WHEREFORE(means: through which things)  God also hath highly EXALTED him, and given him a name which is above every name:
Php 2:10  That at the name of Jesus every knee should bow, of things in heaven, and things in earth, and things under the earth;
Eph 1:20  Which he wrought in Christ, when he raised him from the dead, and set him at his own right hand in the heavenly places,
Eph 1:21  Far above all principality, and power, and might, and dominion, and every name that is named, not only in this world, but also in that which is to come:
Eph 1:22  And HATH PUT ALL THINGS UNDER HIS FEET, and gave him to be the head over all things to the church,

YES, but the manifestation or reality of these things wasn’t until his resurrection and glorification:
2Ti 1:9  Who hath saved us, and called us with an holy calling, not according to our works, but according to his own purpose and grace, which was given us in Christ Jesus before the world began,
2Ti 1:10  But is now made MANIFEST by the appearing of our Saviour Jesus Christ, who hath abolished death, and hath brought life and immortality to light through the gospel:

Now Christ was also given judgment (john 5:22) and was ordained of God to judge:
Act 10:39  And we are witnesses of all things which he did both in the land of the Jews, and in Jerusalem; whom they slew and hanged on a tree:
Act 10:40  Him God raised up the third day, and shewed him openly;
Act 10:41  Not to all the people, but unto witnesses chosen before of God, even to us, who did eat and drink with him after he rose from the dead.
Act 10:42  And he commanded us to preach unto the people, and to testify that it is he which was ORDAINED of God to be the Judge of quick (means life/live) and dead.
Act 17:31  Because he hath appointed a day, in the which he will judge the world in righteousness by (the word means through) that man whom he hath ORDAINED; whereof he hath given assurance unto all men, in that he hath raised him from the dead.

Even though the Messiah now judges we still see that through HIS Son (the Messiah) our Father judges:
Act 17:31  Because he hath APPOINTED A DAY, in the which HE WILL JUDGE the world in righteousness by (the word means through) that man whom he hath ordained; whereof he hath given assurance unto all men, in that he hath raised him from the dead.
Rom 2:16  IN THAT DAY when God shall judge the secrets of men by (the word means through) Jesus Christ according to my gospel.

Thats why ultimately it is the Father judging through the Son and why in scripture after the Messiah’s resurrection it talks about God’s judgment and christ’s as the same judgment:
Rom 2:5  But after thy hardness and impenitent heart treasurest up unto thyself wrath against the day of wrath and revelation of the righteous judgment of God;
Rom 14:10  But why dost thou judge thy brother? or why dost thou set at nought thy brother? for we shall all stand before the judgment seat of Christ.
Rom 14:11  For it is written, As I live, saith the Lord, every knee shall bow to me, and every tongue shall confess to God.
Rom 14:12  So then every one of us shall give account of himself to God.
2Co 5:10  For we must all appear before the judgment seat of Christ; that every one may receive the things done in his body, according to that he hath done, whether it be good or bad.

When will this judgment be executed? At the end:
Act 17:30  And the times of this ignorance God winked at; but now commandeth all men every where to repent:
Act 17:31  Because he hath appointed a day, in the which he will judge the world in righteousness by (the word means through) that man whom he hath ordained; whereof he hath given assurance unto all men, in that he hath raised him from the dead.
2Ti 4:1  I charge thee therefore before God, and the Lord Jesus Christ, who shall judge the quick and the dead at his appearing and his kingdom;
2Pe 3:7  But the heavens and the earth, which are now, by the same word are kept in store, reserved unto fire against the day of judgment and perdition of ungodly men.
Jud 1:14  And Enoch also, the seventh from Adam, prophesied of these, saying, Behold, the Lord cometh with ten thousands of his saints,
Jud 1:15  To execute judgment upon all, and to convince all that are ungodly among them of all their ungodly deeds which they have ungodly committed, and of all their hard speeches which ungodly sinners have spoken against him.
Jud 1:16  These are murmurers, complainers, walking after their own lusts; and their mouth speaketh great swelling words, having men's persons in admiration because of advantage.
Rev 20:11  And I saw a great white throne, and him that sat on it, from whose face the earth and the heaven fled away; and there was found no place for them.
Rev 20:12  And I saw the dead, small and great, stand before God; and the books were opened: and another book was opened, which is the book of life: and the dead were judged out of those things which were written in the books, according to their works.
Rev 20:13  And the sea gave up the dead which were in it; and death and hell delivered up the dead which were in them: and they were judged every man according to their works.

So we see that the reason Christ here on earth judged or executed judgment on no one, was because the reality or manifestation of the promise that was given to him did not happen yet, because he was not yet glorified.

Also its REALLY IMPORTANT to keep in mind in scripture we clearly see that his mission here on earth was not to condemn or judge but to save through reconciliation:
Joh 3:16  For God so loved the world, that he gave his only begotten Son, that whosoever believeth in him should not perish, but have everlasting life.
Joh 3:17  FOR GOD SENT NOT his Son INTO the world to CONDEMN the world; but that the world through him might be SAVED.
Mat 9:13  But go ye and learn what that meaneth, I will have mercy, and not sacrifice: for I am not come to call the righteous, but sinners to repentance.
Luk 5:32  I came not to call the righteous, but sinners to REPENTANCE.
Rom 3:25  Whom God hath set forth to be a propitiation through faith in his blood, to declare his righteousness for the REMISSIONS OF SINS that are past, through the forbearance of God;
2Co 5:18  And all things are of God, who hath RECONCILED us to himself BY (word means through) Jesus Christ, and hath given to us the MINISTRY OF RECONCILIATION;
2Co 5:19  To wit, that God was in Christ, reconciling the world unto himself, not imputing their trespasses unto them; and hath committed unto us the word of RECONCILIATION.

I pray that this break down was simple and easy to understand. I encourage you to look into this topic in more detail through scripture, there are so many more verses, especially in the old testament writings, that will go hand in hand with the topic presented.