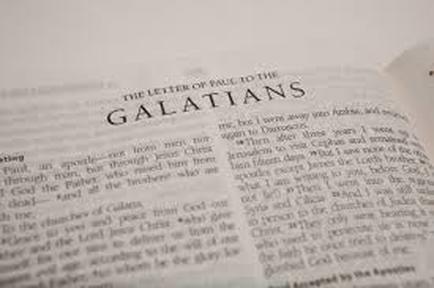 ​There seems to be a misunderstanding with the term “yoke of bondage”. Today we will examine this term to reveal its true meaning to eliminate confusion that has been going around. We will start by looking at Galatians chapter 5 verses 1 which states,

“Stand fast therefore in the liberty wherewith Christ hath made us free, and be not entangled AGAIN with the yoke of bondage.”

This verse is referring to going back into the sinful state we were in before accepting Christ in our heart. Look at the verse closely, It says

“Be not entangled AGAIN” meaning they were once in this situation prior to being made free by Christ.

What did Christ free us from??

Romans 6 verses 6 and 7 states, Knowing this, that our old man is crucified with him, that the body of sin might be destroyed, that henceforth we should not serve sin. For he that is dead is freed from sin.
Christ died to free us from the Bondage of the sinful mind. There was not any other issue besides our sin issue which in turn makes us deserving of Death. (Romans 6:23)

Because of this freedom Romans 6 verse 22 says, but now being made free from sin, and become servants to God, ye have your fruit unto holiness, and the end everlasting life.
The Yoke that we had was sin and it was too much for us, but now I thank God that He has freed us from this burden and blessed us with the privilege of being a Son of God.

“For to be carnally minded is death; but to be spiritually minded is life and peace. Because the carnal mind is enmity against God: for it is not subject to the law of God, neither indeed can be. So then they that are in the flesh cannot please God”.

Our minds were corrupted at birth and we could not change our condition ourselves no matter how much of our own power and strength we put into it. This is truly Bondage. Jeremiah puts it this way,
Jeremiah chapter 13 verse 23 says can the Ethiopian change his skin or the leopard his spots? Then may ye also do good, that are accustomed to do evil.

​Romans 7 also speaks of this condition in verse 19-23, but in verse 24-25 Paul reveals the source of His freedom when he states,

“O wretched man that I am! WHO shall deliver me from the body of this death? I thank God through Jesus Christ our Lord. So then with the mind I myself serve the law of God; but with the flesh the law of sin.”
Jesus Christ has now made Paul free and we can be free also if we believe right now that Christ has freed us. We are no longer in bondage to sin but now we are Gods Children (Romans 8:14-17).

Was it the law that made us slaves?

NO definitely not, it was our sinful and carnal minds that made us slaves. The law simply reveals this condition.

Let’s take a look at Galatians chapter 4 before we conclude our study.
(Please read the whole chapter to get the correct context)
I
n Galatians Chapter 4, I will be focusing on certain verses. Verse 3 and 9 says that we were in BONDAGE to the elements of the WORLD, Which means we were slaves to the flesh and its worldly desires. Verse 24 and 25 states something very interesting which we will break down. It says,

“Which things is an allegory: for these are the two covenants; the one from the Mount Sinai, which gendereth to bondage, which is Agar. For this Agar is Mount Sinai in Arabia, and answereth to Jerusalem which now is, and is in bondage with her children.”

Here Paul is revealing that there are 2 covenants, One God gave which requires faith and one which was established on mans promise to fulfill something they were not able to fulfill, Which is why those who attempted to keep laws without Faith in Christ will accomplish nothing.(Romans 14:23)

Also it mentions that Jerusalem which rejected Christ is in bondage even at this time. They did not accept the sacrifice which would have removed their sins or bondage. Instead they wanted to keep trying to obtain salvation with there own strength in their own way. In Matthew 15 verses 8 and 9 Jesus says,

“This people draweth nigh unto me with their mouth, and honoureth me with their lips; but their heart is far from me. But in vain they do worship me, teaching for doctrines the commandments of men.”

By teaching their own commands rather than Gods, they were making their own way to the Father. And this was and is unacceptable. By denying the sacrifice which is Christ and looking for another way, we keep our sins on us. Lets look at another well know verse that is misunderstood.
Let’s turn to Acts chapter 15 and look at verse 10 and 11.

There was an issue of certain men spreading that you must be circumcised and keep the traditions and law to be saved. These verses were a response to that. Acts 15 verses 10 and 11 says,
“Now therefore why tempt ye God, to put a yoke upon the neck of the disciples, which neither our fathers nor we were able to bear? But we believe that through the grace of the Lord Jesus Christ we shall be saved, even as they.”

We see here that they referred to removing Christ from the salvation process as putting on a YOKE. If Christ is removed then our sins remain. Our sin is the yoke which they were putting on men by convincing them they can do it without Christ. But look also, what many people miss is this very important point about our fathers at Sinai; it says

“We believe that through the grace of the Lord Jesus Christ we shall be saved, even as they”.
It shows us here that our Fathers at Sinai knew it could not be done by there own strength or even their own way and that  even before Christ came to this earth they relied on the grace of our lord Christ Jesus to be saved and not a law or system of laws.

In conclusion, we were not free from the law but free from the sin that had dominion over us which was the yoke (Romans 6:14-17), and He who Christ makes free is free indeed (John 8:36).